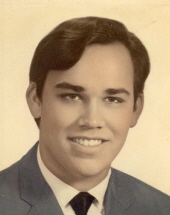 At his residence on Dec. 24, 2007, George 'Buddy' D. Wright, age 57 of 51 Worth Ave., Hamden. Father of Silah and her husband Scott Patterson of New Britain; brother of Patricia Kitchin of St. Louis, MO, Gerald 'Bic' Wright and his wife Sharon of Wallingford, and John 'Jack' and his wife Julie Foley of Hamden; former husband of Patricia Wright and friend of Cindy Fusco. Buddy was born in New Haven on Oct. 20, 1950, a son of the late George A. and Edna Mae Rose Wright. Buddy was a former customer service and sales representative for SNET. Co. for several years. He also worked at the Glenwood Drive-in Restaurant in Hamden and was a member of the Hamden Elks # 2224. Funeral Service will be held at 12 Noon, Friday in BEECHER & BENNETT, 2300 Whitney Ave., Hamden. Friends may call at the funeral home Friday Morning from 10 AM until noon. Burial will be private.