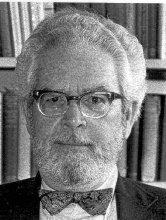 North Haven - George F. Mahl, age 88, of 106 Bayard Ave. died March 11, 2006 at home. He was Professor Emeritus of Psychiatry and Psychology at Yale University. Professor Mahl was born November 27, 1917 in Akron, Ohio. He graduated from Oberlin College in 1939, where he also earned his Master's degree in Psychology in 1941. His graduate work in psychology at Yale University was interrupted by his enlistment and four years of military service during World War II. He received his Ph.D. in 1948. He later completed training in psychoanalysis at the Western New England Institute for Psychoanalysis, from which he graduated in 1962. Professor Mahl was a member of Yale's faculty from 1947 to his retirement in 1988. He held joint appointments there in the Departments of Psychiatry and Psychology, his primary appointment being in Psychiatry. The Yale Psychiatric Alumni Association presented him its Distinguished Service Award in 1995. He also served on the faculty of the Western New England Institute for Psychoanalysis for 25 years, and was its President in 1972-74. His major teaching at both institutions concerned the evolution of Sigmund Freud's work. The Western New England Psychoanalytic Society awarded him its Founders Teaching Prize in 2002. In 1963-64 he was a fellow at the Center for Advanced Study in the Behavioral Sciences at Palo Alto, California. He was also awarded fellowships and grants by the Foundation's Fund for Research in Psychiatry and the National Institute of Mental Health. His research ranged from physiological psychology to clinical research in the process of psychotherapy and psychoanalysis to Freud's writings. He was the author or co-author of over 50 papers and 3 books, of which he was usually the sole author. His writings were reprinted by others, some being translated into German, Italian and Japanese. At the outset of his career, Professor Mahl established himself as one of the early experimentalists in psychosomatic medicine by virtue of his research on the relationship between fear and gastric secretion. He discovered that chronic, but not acute, fear increased hydrochloric acid secretion in dogs, monkeys, and humans. His major research contribution, however, dealt with the expression of emotions and thought in speech and body movements, primarily in psychotherapeutic and psychoanalytic interviews. He was generally credited with being the first to systematically investigate everyday disturbances of speech. Most of that research focused on the relationship of transitory anxiety and such speech disruptions. A selection of his papers about speech and body movements was assembled in his book, "Explorations in Nonverbal and Vocal Behavior, published in 1987. Late in life he learned that his research on speech brought his international recognition as one of the pioneers in establishing a new area of linguistic research now called dysfluencies. He continued to write scholarly articles following his retirement. And he greatly enjoyed the extension of his interests and activities into new areas. His fishing expanded to include fly fishing. He delivered food parcels to the needy for Fish of New Haven, and he became a dedicated tutor of English as a second language for Literacy Volunteers. His serious reading widened to cover the Civil War, Abraham Lincoln, slavery and the Constitution, in which areas he wrote occasional essays. In his mid 80's he began learning to sing. As a result he compiled several song medleys which he frequently presented at student recitals at the Neighborhood Music School in New Haven. His beloved wife of over 50 years, Martha, died in 2001. He is survived by his daughter Barbara Mahl of Roanoke, Virginia, and three grandchildren. You have just read the obituary he prepared shortly before his death. Later he added the biblical quotation "Vanities of vanities! All is vanity .. a generation goes, another generation comes but the earth remains forever.the people of long ago are not remembered , nor will there be any remembrance of people yet to come by those who come after them.there is a time to be born and a time to die." As he made his final exit, he ended with "I have had my turn." Memorial service will be Sunday March 19, at 1 pm at BEECHER & BENNETT 2300 WHITNEY AVE, HAMDEN. Memorial contributions may be made to the Development Fund of the Western New England Institute for Psychoanalysis, 255 Bradley Street, New Haven, CT 06510, or the Annual Alumni Fund, Oberlin College, Oberlin, OH, or the Alumni Fund, Yale Graduate School.