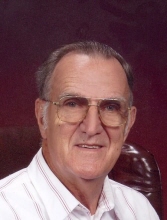 Meriden - George H. Kuhn, 80, died on Tuesday, January 26, 2010 at Hartford Hospital. He was born September 1, 1929 in Meriden a son of the late Conrad and Mary (Zarnetzki) Kuhn. He was a lifelong resident of Meriden, a member of St. John Lutheran Church where he was treasurer for 18 years as well as treasurer for Gethsemane Cemetery. George proudly served his country in the U.S. Army during the Korean Conflict in the signal corp. He then went on to work for Insilco Corp. for 10 years. He earned a Bachelor and a Master's Degree from Central Conn. State University and was the Head of the Machine and Drafting Dept. at Wilcox Technical High School for 25 years before retiring in 1986. George is survived by a brother-in-law, Edmund Jabs of New Britain and a caring friend and neighbor, Donald Craig as well as many extended family and friends. He was predeceased by two brothers, Conrad Kuhn and Edward and a sister Eva Jabs. A funeral service will be held on Saturday, January 30, 2010 at 11 a.m. at St. John Lutheran Church, 520 Paddock Ave., Meriden. Burial will follow at Gethsemane Cemetery. Relatives and friends may call at the church prior to the service from 10 to 11 a.m. In lieu of flowers memorial contributions may go to the George H. Kuhn Scholarship Awards Fund c/o Beecher & Bennett-Flatow Funeral Home, 48 Cook Ave., Meriden or to the Amyloid Treatment and Research Program, 72 East Concord St., K503, Boston, MA 02118.