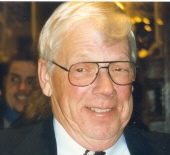 Meriden- George R. Dow, 73, husband of Mary Jean (Bischofsberger) Dow, died on Sunday, January 8, 2012 at the Veteran's Hospital in West Haven, CT. George was born July 13, 1938 in Patten, ME, a son of the late Harley and Vera (Steward) Dow. He grew up in Old Orchard Beach, ME where he attended local schools. He proudly served his country in the U.S. Marines from 1955-1961. George was a long haul truck driver, working for several companies over the years, including United Industrial Services in Meriden. He was an avid motorcycle rider and loved camping with his family and friends. In addition to his wife, Mary Jean, he is survived by three sons and their wives, Chuck and Denise Dow of West Haven, John and Christie Dow of Wallingford and David Dow of Thomaston; a brother, Arnold and his wife Fran Dow of VA and three sisters, Lois Golas of ME, Janie Borghi of MO and Annie and her husband Ron Cote of ME. He also leaves three grandchildren, Charlie, Zachary and Matthew Dow as well as several nieces and nephews. He was predeceased by four brothers, Leadrue, Harley, Carroll and Leland. Relatives and friends may call at the Beecher & Bennett-Flatow Funeral Home, 48 Cook Ave, Meriden on Tuesday, (TODAY) from 4-8pm. A service will be held at 6:00 PM, during the visitation. Burial in Maine will be at the convenience of the family. In lieu of flowers, donations in George's memory may be made to the VA Hospital, 950 Campbell Ave, West Haven, CT 06516 or to Fisher House, 111 Rockville Pike, Suite 420, Rockville, MD 20850.