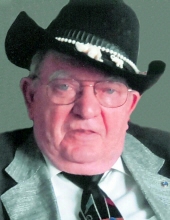 George W. Smith, age 89, of Wallingford, (formerly of West Haven and North Haven) passed away on May 27, 2019. Born in Louisville, Colorado on January 4, 1930, he was a son of the late Harvey and Elizza (Robinson) Smith and brother of the late Bob Smith. George was predeceased by his wife Margaret Ross Smith. He is survived by his sons, Paul Smith of Bridgeport and Mark Smith and his wife Lisa of Milford; his daughter, Susan Gernett & her husband Neil of Stratford; 10 grandchildren, and a great-granddaughter. George was a U.S. Army Veteran of the Korean War. He was a retired truck driver, having worked for Associated Transport and Red Star Express. George was a member of the American Legion Post 71, VFW Post 8294, the Shriners, and the Mason's Ansantawae Lodge #89. Friends may visit with his family at Beecher & Bennett Funeral Home, 2300 Whitney Ave., Hamden on Friday, May 31st from 9:00 a.m. to 11:00 a.m. prior to his Funeral Service at 11:00 a.m. Burial with Military Honors will follow in the Masonic Cemetery, Wallingford. In lieu of flowers, contributions in his memory may be made to the Shriners at www.shrinershospitalsforchildren.org.