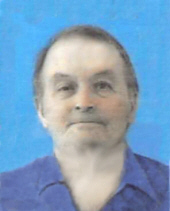 George Willard Chamberlain, Sr., 73, of Branford, husband of the late Marilyn Bogart Chamberlain, passed away on March 3, 2015. Born on July 28, 1941 to the late Walter and Doris Willard Chamberlain. George is survived by his children, Christine Sambor of Middlefield, George Chamberlain, Jr., & William Chamberlain both of Branford; grandchildren, Jake, Nicole, Sara, & Kaylynn. Predeceased by a sister, Ruth Davis. He grew up in Hamden having moved to Branford 40 years ago. George was owner of the Executive Sign Co. in Branford and was a proud US Coast Guard Veteran. Family and friends are invited to a Graveside Service on Monday, March 9th at 10:00 AM in Beaverdale Memorial Park. BEECHER & BENNETT, 2300 Whitney Ave., Hamden in care of arrangements.