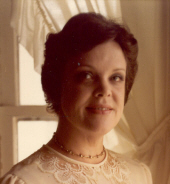 On February 17th, Georgia O. Clift , 73, passed away at her home in North Branford, CT. She was born in Baltimore on January 22, 1938 to the late George and Carrie Gischel Obrecht. Georgia is survived by her children from her first marriage to John P. Moore, Jr. of Baltimore; Valerie Dale of Reston, VA and Jon Moore and his wife Patti of Hamden, CT. She was married to Dr. John V. Clift in 1980, who predeceased her almost five years ago. She also leaves behind four loving grandchildren Carrie and Nicholas Hertges and Jon Jr. (Jake) and Katharine Moore. She was a woman who loved her family and friends from the many places she lived, including; Jacksonville, FL; Rehoboth, DE; Manchester, NH; Hamden, CT; Lovettsville VA; Simsbury, CT; Pittsford, NY; Overland Park, KS and Baltimore, MD. Georgia was a graduate of Eastern High School, 1956, and attended Dickinson College in Carlisle, Pa. Her heritage was of prominent Anne Arundel County and Baltimore City families. Georgia's maternal great grandfather Ballman served as President of the Anne Arundel County Commissioners and as a county magistrate. Her grandfather Gischel was a successful builder and real estate developer in the county. Her paternal grandfather George F. Obrecht, Sr. was in Baltimore City real estate as well as being recognized as the oldest Chairman of a Selective Service Board in the State of Maryland, also serving many years as President of the Board of Trustees of South Baltimore General Hospital. Her father and family members established a number of businesses in Baltimore that include: Obrecht Dog Food Company on Light Street, Obrecht Feed & Grain Mill on Key Highway, and Obrecht Salt Company on President Street. Her late husband John V. Clift had a medical practice in the Baltimore area as well as in Washington, DC, where he was Chief of Surgery at a DC hospital. Later in life Dr. Clift transitioned to the Emergency Room environment working in hospitals in CT, NH and finally retiring from Beebe Medical Center in Rehoboth, DE. Georgia enjoyed the ocean, loved entertaining in her home, was a formidable bridge player and artist, in addition to being a private pilot and businesswoman. She suffered for many years from neuro fibromyalgia. Her family wishes in lieu of flowers for contributions to be made for educating others and finding a cure to this debilitating disease. Donations can be made out to and sent to: National Institute of Neurological Disorders and Stroke Financial Management Branch, Building 31 Room 8A34, 31 Center Drive MSC 2540, Bethesda, MD 20892-2540. A celebration of her life will be held at a later date that will also include a celebration of her late husband's life. For our 'Gigi', family and friends were her greatest treasures, and we love her and will miss her dearly.