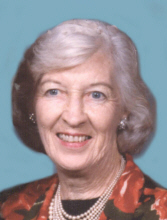 Geraldine 'Jerry' Alling Dwyer, age 86, of Hamden, passed away on November 21, 2010 at Conn. Hospice in Branford. Jerry was for 57 years wife of the late John J. 'Jack' Dwyer. She is survived by her son Paul Dwyer and his wife Sheri of Bloomfield; her cherished granddaughter Jessie van Dyke and her husband Scott of Bloomfield and her cherished grandson Peter Dwyer of Glastonbury; her beloved great-grandchildren Harry van Dyke and Jack Dwyer van Dyke; sister, Peg Bulger of Lenox, MA and several nieces and nephews. Born in New Haven on January 29, 1924 she was a daughter of the late Gerald and Rheta McQuenney Alling. After Rheta's early death she was raised by her father and step-mother Ann Bruno Alling. A graduate of Hillhouse High School and Hospital of St. Raphael School of Nursing Class of 1945, she went on to work at the Hospital of St. Raphael's for many years as a registered nurse. She, along with her late husband, always enjoyed Jack's reunions with his Army Unit. Besides her family, Jerry will be missed by her many friends and neighbors who loved her dearly. Her Funeral Service will be held at BEECHER & BENNETT FUNERAL HOME, 2300 Whitney Ave, Hamden on Wednesday, November 24th at 10 a.m. followed by interment in St. Lawrence Cemetery. Friends may visit with her family at the funeral home on Tuesday evening from 4 to 7 p.m. In lieu of flowers, contributions in Jerry's memory may be sent to Foodshare, 450 Woodland Ave., Bloomfield, CT 06002 or CT Hospice, 100 Double Beach Rd, Branford, CT 06405.