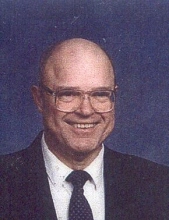 Goff Owen, Jr. passed away on Sunday August 29, 2010 with peace, grace, and dignity after many years' battle with heart disease. Born in Decatur , AL. in 1931 he served in Korea , and holds a BA in Music from Yale, and an MA from University of Minnesota . He and his wife Jean worked for many years as church musicians, she the organist and he the choir director. He also did much tenor solo work in various states where they were residing. Goff spent many years teaching music and German, and enjoyed working as a tutor in his later years. In addition, he was the owner of Goff Owen Associates Insurance in Princeton, NJ. Goff Owen is survived by his beloved wife, Jean Begley Owen of Hamden, and a sister Nancy Runyan of Ashville, AL. He also leaves four cherished children-Sherrill Farkas of Durham, Allison Abbate of Egg Harbor Township, NJ, Goff Owen III (Skip) of Ringgold, GA, and John G. Owen of Skillman, NJ, as well as ten grandchildren: Jennifer and Daniel Owen Farkas: Evelyn and Joseph Abbate; Chad, Blake, John and Abigail Owen, and David and Daniel Owen. He also leaves his one-year-old great granddaughter, Lily Owen. He was predeceased by a sister Elaine Mayo. The funeral will be conducted on Wednesday, Sept. 1, at 11:00 am at BEECHER & BENNETT, 2300 WHITNEY AVE., HAMDEN. Friends may call Wednesday from 10:00 to 11:00. Interment in Centerville Cemetery. Memorial contributions may be sent to The David Kraehenbuehl Society, c/o Dr. Larry Dissmore, 1111 North Glenstone, Evangel University, Springfield, MO, 65802.