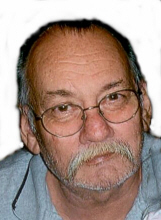 Gordon 'Gordo' Clouthier, 69, husband of 35 years of Arden C. Clouthier passed away Dec. 26, 2011 in CT Hospice after a long illness. He was born in Milford April 10, 1942 a son of the late Arthur D. and Theresa Moran Clouthier and resided in Hamden since 1990. Gordon was a tool & die maker at Dresser Industries in Stratford for 18 years prior to retirement in 2009. He served in the US Army in Vietnam and was a member of the American Legion Milford Post #196. In addition to his wife, he is survived by his daughters, Jodi Lynn (Paul) Simoneau of NH, Cindi Ann Chesters of Wallingford, his sisters Diane (Richard) Ramos of VT, Patricia Clouthier of CA. his grandchildren , Evan Chesters, Melanie Taylor, Meghan Taylor, Nicholas Taylor, Stephanie Smith, David Smith, Angela Woolbert and Thomas Simoneau. He is also survived by several nieces and nephews. His family would like thank CT Hospice for the compassionate care he received and especially thank Jenna, Brenda, Pedro and Edden. Funeral service will be Wednesday Dec. 28 at 2pm at BEECHER & BENNETT 2300 WHITNEY AVE. HAMDEN. Friends may visit with his family Wednesday from 12 - 2 pm. Interment with military honors in Centerville Cemetery. In lieu of flowers contributions in his memory may be sent to CT Hospice, 100 Double Beach Rd. Branford, CT 06405.