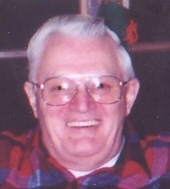 Gordon R. Worcester, 79, of Meriden, passed away peacefully after a lengthy illness at Mid-State Medical Center on Dec. 25, 2013 with his family by his side. Born Feb. 6. 1934 in Columbia, Maine, he was the son of the late Carl and Blanche Worcester. He was employed for many years by International Silver Co. and Ulbrich Steel. He was the owner of Gordie's Round-Up until his retirement. Gordon was a member of Center Lodge # 97 A. F. & A. M. of Meriden. He was an avid Yankees fan and loved gardening and fishing. He is survived by his daughters, Opal Berardesca and her husband, David, of Wallingford; and, Melissa Horsfall of Meriden; his 2 sons, Craig Worcester and his wife, Lori, of Patten, Maine; and Mark Worcester of Shelton; his grandchildren, Natalie Berardesca, Christopher Horsfall (who resided with him), and Jessica Marshall and her husband Chris; his 2 great-grandchildren, Jaden and Brynna; sisters Marilyn Kelley and Eleanor Galen; and several nieces and nephews. He was predeceased by his son, Gordon (Sonny) Worcester, his brother, Malcolm Worcester and his sister, Susan Seavey. His family would like to thank the caring and compassionate nurses at Mid-State M.C. with special thanks to Dr. Amir Ahmad. A special thanks to Jen, Judy, and Marta at the Meriden Center. A private funeral service will be held at the convenience of the family. Interment will be in his hometown of Columbia, ME. Arrangements in care of Beecher & Bennett-Flatow Funeral Home, 48 Cook Ave., Meriden. Gifts in his memory may be sent to the National Kidney Foundation, www.kidney.org, 30 East 33rd St., New York, NY 10016.