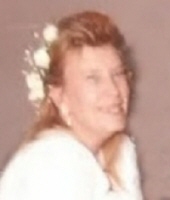 Grace F. Macholl, age 60, of West Haven, passed away on January 19, 2018 at Yale-New Haven Hospital. Born in New Haven on June 13, 1957, she was the daughter of the late Joseph Acompora and Pearl Richards. Grace was the wife of Arthur G. Macholl, Jr; stepmother of Holly Potaz of New Haven, Jason Potaz of New Haven, Heather Macholl of New Haven, Jennifer Macholl of West Haven, and Jason Macholl of East Haven. She leaves numerous grandchildren, including Jonathan and Alexis Huerta. Grace was a resident of West Haven most of her life, moving from Hamden. She was a former cashier for Stop & Shop Stores. Her funeral and burial was private.