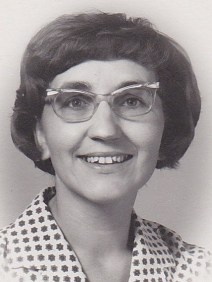 Hannelore “Lori” (Kallisch) Horsch, age 87, passed away peacefully on Tuesday, September 20, 2022 in Hamden, CT. She was born on October 22, 1934 to Martha (Sokoliess) and Rudolf Wilhelm Kallisch in Eschenwalde in former East Prussia, Germany. In January 1945, at the age of 10, her family evacuated in the middle of the night in a covered wagon with other German civilians as the Soviet Red Army advanced into East Prussia towards the end of World War II. They became refugees and eventually settled in Salsitz, Germany.
She met her husband of 44 years, Frank Joseph Horsch, Jr., through their respective best friends. Frank at the time was living in New York and Lori was in Kiel, Germany. They began to correspond which eventually led Frank to Europe to meet her. They were married on March 16, 1963 at Cross of Christ Lutheran Church in Babylon, New York and lived in West Islip, New York for 23 years.
Lori learned English by watching television and became a United States citizen on August 14, 1968. She dedicated her life to caring for her family and raising her three daughters. As the daughter of a tailor, she enjoyed and was very skilled at sewing, knitting, crocheting and quilting. She was also passionate about volunteering and served as a Sunday School teacher and Girl Scout troop leader for many years, assisted refugee families and worked in a church thrift store well into her 70s. Lori also loved the beach, reading books and gardening. One of her greatest joys in later years was baking with her grandchildren.
Her husband Frank and her brother Reinhold Kallisch of Munich, Germany predeceased her. She is survived by her daughters: Karen Horsch (Scott Harris) of Concord, NH; Andra Horsch (Cameron Burnham) of Fairfield, and Diane Welling (Rick) of Ashburn, VA; and five grandchildren: Emily, Brett, Carl, Allison and Avery.
A private family service was held on Friday, September 23, 2022. Arrangements were in care of Beecher & Bennett Funeral Home, 2300 Whitney Ave., Hamden. In lieu of flowers, the family asks that donations be made to the Whitney Center Gift Fund in Hamden, CT.