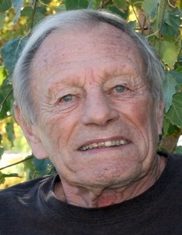 Dr. Harlow Jay Cozzolino, known to most as “Jay,” passed away on February 25, 2021 at Redlands Community Hospital in Redlands, CA at the age of 87. He was born on April 5, 1933 in Hamden, CT to Dr. James Anthony Cozzolino and Dorthy Gay Cozzolino.
Jay attended Choate Rosemary Hall preparatory boarding school in Connecticut, where he was an accomplished wrestler. He went on to attend the University of Pennsylvania, where he continued wrestling and was involved with Alpha Tau Omega fraternity. After graduation, Jay attended Jefferson Medical College and proceeded to finish his internship there. He then completed a residency in internal medicine in 1961 and a fellowship in gastroenterology in 1962. During this time he was active on Ski Patrol and enjoyed photography.
In 1963 Jay moved from Philadelphia, PA to Redlands. He started his medical practice in Yucaipa, CA, specializing in internal medicine and gastroenterology. Over time he moved his practice to Redlands. Along with his private practice, he was on the staff of Redlands Community Hospital from 1963 to 2000. At RCH he was on the Gastroenterology Committee and eventually was the Chair. He was also a consulting doctor at Loma Linda Hospital and Braswell Convalescent Homes. He was involved in the founding of the Inland Surgery Center and performed many procedures there.
Throughout his 37 of years of practice, Jay was involved with many organizations and services. He helped out with the Boy Scouts of America, even though he had no boys of his own. Early in his career Jay obtained his instrument-rated private pilot license. He donated his time and services to the flying community. Jay, along with a fellow doctor, would often fly to a clinic in Mexico to provide medical services. He was involved with Doctors Without Borders and was a strong supporter of Mission Aviation Fellowship. Jay took his love of flying into his private practice, providing FAA physicals to other pilots, pro bono if needed. He was a fixture at the Redlands Municipal Airport and a memorial plaque will soon be placed at the flag pole in his honor.
Jay missed his Connecticut roots and returned as often as he could in the summer to visit family, sail, and have lobster fests! In California he learned to grow kiwi fruit and loved scuba diving, boating, skiing, and cooking. His famous spaghetti sauce will live on.
He is survived by his wife Linda Cozzolino, former wife Sue Cozzolino, brother Ron Cozzolino, his daughter Lisa Borchart and husband Gary and their two children, and his daughter Cynthia Cozzolino and her life partner Rubin Schubert. Jay touched many people in the Redlands Community both medically and personally. He will be fondly remembered and greatly missed by all who knew and worked with him.

Jay will return to Connecticut to be laid to rest next to his parents at Beaverdale Memorial Park in New Haven at 1:00 p.m. on March 19th. BEECHER & BENNETT FUNERAL HOME, 2300 Whitney Avenue, Hamden, CT is in care of arrangements.