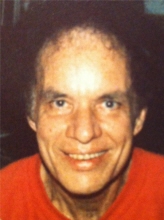 Harold Arthur Thomas, Jr. of Woodbridge, passed away Oct. 19, 2011 in WH VAMC after a breif illness. He was born in New Haven July 7, 1931 a son of the late Harold A. and Marion Kuehner Thomas, Sr. and received a B.S. Degree from Quinnipiac College. After graduation he enlisted in the US Army and was stationed in Germany at the 7th Army Headquarters. He then became a managing partner at a pharmacy until 1961, when he and his father, and brother purchased a sheet metal shop called Industrial Sheet Metal, in Orange. They were proud of having supplied sheet metal to many large construction jobs at Yale and throughout CT. He retired in 2000 but returned to ISM after the passing of his brother Roger. Hal resided in Woodbridge for many years and enjoyed his gardens, bird watching, was an avid pinochle player and loved his dogs. He is survived by a niece, Kim Thomas of Hamden, and many wonderful friends. In addition to his parents he was predeceased by his brother Roger B. Thomas, Sr. Funeral service will be Saturday morning Oct. 22, at 10 a.m. at BEECHER & BENNETT, 2300 WHITNEY AVE., HAMDEN. Friends may call Friday from 5-7 p.m. Interment with military honors in Beaverdale Memorial Park.