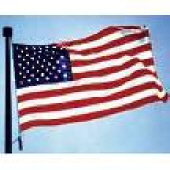 Harold E. Shaw, 93, of Hamden, husband of 63 years to the late Doreen E. Shaw passed away July 2, 2012. He was born in New Haven, CT Aug. 12, 1918 a son of the late Harold and Lilian Fowler Shaw and was a resident of Hamden since 1947. He served in the US Army Signal Corps during WW II and later was employed at Western Electric as an installer for 33 years prior to retirement in 1978. Mr. Shaw is survived by a daughter, Beverly E. Shaw of Hamden, a son, Rodney I. Shaw of Guilford, and 3 granddaughters, Heather (Adam) Clark of Albany, NY, Ashley L. Shaw of Charleston, SC, and Amanda E. Shaw of Geneva, NY. Mr. Shaw was predeceased by a sister June Smolski and a brother Donald F. Shaw. Relatives and friends are invited to attend a Prayer Service on Friday July 6, at 10 am at BEECHER & BENNETT, 2300 WHITNEY AVE., HAMDEN. Interment with military honors will follow in Centerville Cemetery.