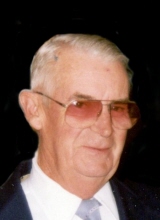 Harold Edward Tischer, age 90, of Masonic Healthcare Center, passed away on Monday, August 31, 2009. He is survived by his wife, Beverly Polley Tischer, of Masonic Ave., Wallingford, Bruce Tischer and his wife Susan of West Haven, Judith and her husband Douglas of Morgan, Vermont and David and his wife, Beverly, of Bethany. Also survived by 5 grandchildren and 9 great-grandchildren. His daughter Sandra Hodgkinson and grandsons, Mark Hodgkinson and Adam Gimler predeceased him. Mr. Tischer was the son of the late George and Olive Porter Tischer and attended Hillhouse High School. Harold and Bev were married in August 1943 and he joined the U.S. Army Air Corps in December 1943. He was a construction superintendent for C.W. Blakeslee and Co. and later Blakeslee, Arpaia and Chapman, Co. He summered in Bristol, NH and Newfound Lake and from fall through spring at their condominium in Naples, FL for 20 years enjoying golf, swimming, boating and clubhouse activities. Prior to that the Tischers lived in Orange, CT for 40 years. Harold was a 32nd degree Mason with the Orange Lodge # 143 A.F. & A.M. District 4C, Milford. A service of interment with military honors will be Friday, Sept. 4 at 11 a.m. in Beaverdale Memorial Park, Sec. G, Hamden. Arrangements under the direction of BEECHER & BENNETT, 2300 WHITNEY AVE., HAMDEN.