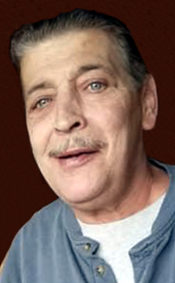 Harold “Harry” J. Cascio, age 61, of Wallingford, passed away peacefully in his sleep on November 19, 2022. Harry was born in Meriden on December 9, 1960, a son of Mary E. (Clark) Mousch and the late Vincent Cascio, Sr. Harry is survived by his mother Marybeth and stepfather Earl Mousch of South Meriden; his daughter Angela Boudreau and her husband David of Middletown; his grandsons Levi and Logan Boudreau; brothers Vincent (Gloria) Cascio, Jr. of Maine and Anthony (Cindie) Cascio of South Meriden; sisters Lisa (John) DiMauro of Florida, Nancy (Vaughn Jr.) Sewell of Meriden, Amy (Edwin) Espinosa of Meriden, and Gina Mousch of Meriden. Harry also leaves behind many nieces and nephews. Besides his father he was predeceased by his brother, Joseph Cascio, and grandparents, Harold and Mary Clark and James and Angelina Cascio. Harry’s family would like to thank the staff of Midstate Medical Center, Dr. Pratt and the Miller Memorial Community for the care he received at his time of need.
Friends and family are invited to attend his Graveside Service on Monday, November 28th at 11:00 a.m. in Walnut Grove Cemetery. Contributions in Harry’s memory may be made to a charity of one’s choice.