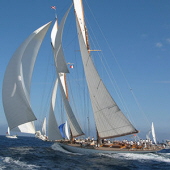 Harold J. Holtz, 90, husband of the late Annie Stamatien Holtz passed away on Friday, August 23, 2013 in Hartford. He is survived by two daughters, Ann Bartiss of West Haven and June Holtz of Palo Alto, CA, six grandchildren, four great-grandchildren, a brother, Edwin and his wife Barbara Holtz in FL and several nieces and nephews. In addition to his wife, he was predeceased by his sister Evelyn Holtz. A son of the late John and Augusta Riddle Holtz, Harold was born in West Haven on April 17, 1923. A resident of West Haven for 85 years, Harold served in the US Coast Guard for four years during WW II. A lineman for S.N.E.T. for 40 years, he retired in 1982. He was a long time member of the New Haven Sportsman's Club, the West Haven Yacht Club, the Telephone Pioneers and The American Legion Post 127 in Orange. The family would like to thank the staff of Park Place Health Care for the wonderful care Harold received while there. Private arrangements under the direction of BEECHER & BENNETT-TAYLOR, 410 Campbell Ave, West Haven. Contributions in his name can be made to The Alzheimer's Association South Central CT Chapter, 2911 Dixwell Ave, Ste 104, Hamden, CT 06518, The American Cancer Society, 38 Richards Rd, Norwalk, CT 06854 or the Church of the Holy Spirit, 28 Church St, West Haven, CT 06516.