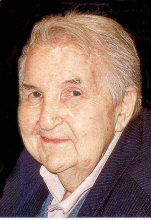 Harold Lewis Wheatley, age 85, of Hamden, passed away on October 23, 2010 at the West Haven VAMC. Harold is the husband of Leila Gertrude Streeter Wheatley; father of Joanne W. Johnson (Geoffrey), Michael D. Wheatley, Richard P. Wheatley & his wife Kathi all of Hamden and Daniel P. Wheatley of Surrey, ME; brother of the late Robert E. Wheatley, Henry X. Wheatley, Russell Wheatley & Loretta E. Esposito. Harold is also survived by 10 grandchildren & 10 great grandchildren. Harold was born on January 26, 1925 in Somerville, MA, a son of the late Henry Dwight Wheatley & Ruth Elizabeth Costello Wheatley. He retired after 35 years from the Whitney Blake Manufacturing Co. where he operated a Continuous Vulcanizing Machine, he served in the 5th Div. of the US Army in the European Theater of Operations during WWII, where he received 2 Purple Hearts. He was a member of the Legion of Mary in St. Francis Church, the Knights of Columbus, St. Rita's Church Men's Club and the Disabled American Veterans. Harold was a Eucharistic Minister at St. Rita Church and at the Dunbar & Davenport Residences in Hamden and was a recipient of the St. Joseph Medal from the Archdioscese of Hartford. His funeral will leave from BEECHER & BENNETT FUNERAL HOME, 2300 Whitney Ave, Hamden on Thursday, Oct. 28, 2010 at 9:30 AM, followed by a Mass of Christian Burial at 10:00 AM in the Church of St. Rita. Friends also may visit with his family at the funeral home on Wednesday from 3:00 to 7:00 PM. Interment will take place in All Saint's Cemetery, North Haven. In lieu of flowers memorial contributions may be made to St. Rita Church, 1620 Whitney Ave, Hamden, CT 06517 or to the American Lung Assoc, 45 Ash St, East Hartford, CT 06108.