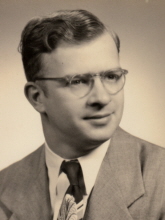 Harold W. Mosher, 87, passed away peacefully on October 4, 2014 after a long illness. Born in Hamden on November 28, 1926 to the late Charles and Amy Phelps Mosher. Mr. Mosher was a proud WWII Veteran having served in the Philippines and later in Korea. In the post war years, Mr. Mosher served his nation in counter intelligence assignments while working for the FBI. Following that time, he worked for several detective agencies in Southern Connecticut, eventually developing his own agency, Mosher Investigations. During a period where he took a break from his investigative efforts, he enjoyed time at the work bench at the former Hamden TV Clinic which was a family business in Hamden for many years. Following that phase of his career he returned to the security business on a full time assignment as an officer at a local elderly care facility. He remained at that position until the onset of illness brought on his retirement. Mr. Mosher was a Hamden resident for many years before moving to Cheshire. He served as long time Republican Chairman in Cheshire and enjoyed a number of other political and civic responsibilities. Being active in the community was extremely important to him. Mr. Mosher leaves two sons, Charles A. (Cathy) and Harold M. (Debra) both of Hamden; daughter, Lori E. Vera-Mosher; six grand children and two great-grandchildren. Friends are invited to visit with the family on Thursday, October 9th from 10:00 a.m. to 12:00 p.m. at BEECHER & BENNETT, 2300 Whitney Ave, Hamden, followed by his Funeral Service at Noon in the funeral home. Burial with Military Honors to take place in Beaverdale Memorial Park. Contributions in Mr. Mosher's memory may be sent to American Alzheimer's Association, 2075 Silas Dean Highway, Suite 100, Rocky Hill, CT 06067 or www.alz.org.