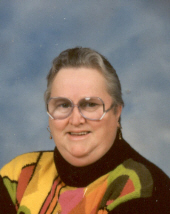 Harriet A. Fisher, 73, wife of the late William Fisher, passed away at her home in Hamden on March 9, 2011. She was born in Plymouth, MA on July 6, 1937 to the late John Mosher and Mabel Lamb Pragano, and was the step daughter of the late Fernando Pragano. Harriet leaves her children, Barbara Harris of New Haven, Lugene Fisher of MA, and Charles Koukoulis of FL; brothers, George Mosher of North Haven and Jack Pragano of Wallingford, and six grandchildren. Besides her parents and husband she was predeceased by her son, Kris Koukoulis and brother, John Mosher. Harriet had been employed for over 20 years as an LPN at the Jewish Home for the Aged until her retirement in 2002. A Funeral Service will take place at BEECHER & BENNETT, 2300 Whitney Ave., Hamden on Monday, March 14th at 12:00 followed by a burial in St. Mary's Cemtery. Friends may visit with her family on Monday morning from 10 to 12:00. Contributions in Harriet's name may be sent to The American Diabetes Assoc., 306 Industrial Park Rd., Ste. 105, Middletown, CT 06457.