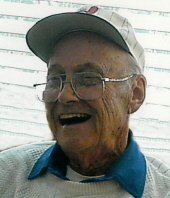 Harry Frederick Hoffman, 92, of Hamden, passed away on May 8, 2014 after a short illness. Born in New Haven on March 25, 1922 to the late Harry and Martha Ouelette Hoffman. Harry was the husband of the late Jean Kelsey Hoffman. He is survived by his son and daughter-in-law, Frederick and Rita Hoffman of Rome, NY; son-in-law, Michael Argo of Hamden; grandchildren, Alisha & Kimberly Argo of Hamden, Major Bradley Hoffman and his wife Talia of Navarre, FL, Erika Sperling and her husband Daniel of Rome, NY; great grandchildren, Andrew & Samuel Sperling and Tinley Hoffman. Predeceased by a daughter, Nancy Argo. Harry grew up in the City Point area of New Haven before proudly joining the U.S. Army Air Corp. Upon his return home, he married the love of his life and together they moved to Hamden to raise their family. Harry was an accountant having worked for Gulf Oil Company and more recently Yale University. He loved dogs and in his spare time he would walk the dogs at the Animal Haven in North Haven. It was also well known that Harry would dog-sit for his neighbors. Another love of Harry's was gardening. More often than not, he shared flowers from his garden with his family and friends. Private Funeral Arrangements are in the care of BEECHER & BENNETT, 2300 Whitney Ave., Hamden. Contributions in Harry's memory may be sent to Animal Haven, 89 Mill Rd, North Haven, CT 06473 or www.theanimalhaven.com.