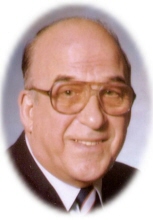 Brown, Harry Thomas "Topper" Harry Thomas "Topper" Brown, 86, passed away at the Harborside Willows Rehab. & Nursing Center, Woodbridge, CT on Sept. 15. He had been suffering for years with Parkinson's Disease. Mr. Brown was born in Seaford Sussex, England on Sept. 22, 1918 to Harry and Edith A. Hoskins Brown of London, England. He was educated in England and attended England's Royal Military Academy, Sandhurst. He served in the British Army as an Infantry officer in the Royal East Kent Regiment for 9 years. He was awarded the 1939-1945 Star, the Africa Star with Eighth Army Clasp, the Italy Star, the France and Germany Star, the defense Medal and the General Service Medal. At the cessation of the war in 1945, as a Captain, he was appointed Administrative Officer for the British Military Government and sent to Essen, in the Ruhr Valley of Germany. Shortly thereafter he was assigned to the Headquarters of the United Kingdom Coal Control Group whose offices were situated in the 300 room Villa Hugel, the vast and splendid estate of Alfried Krupp, the German munitions and steel magnate who in 1945 was tried and found guilty at the Nuremberg trials of employing and mistreating large masses of foreign slave labor. In 1948, while in Germany he met Vanthea Vasiliou, an American from Boston, MA who was assigned to the Villa Hugel by the United States State Department, Foreign Service, as Administrative Assistant to the United States Chairman of the Coal Control Group. In 1949, Harry and Vanthea married and honeymooned in Paris, France. In 1950, he came to the United States and joined the National Life Insurance Agency in Montpelier, VT and became its Associate General Agent. He later became Manager for the Hartford, CT office of the Insurance Company of North America. After 30 years with the company, he became an Independent Agent with the Wheeler and Taylor Agency in Great Barrington, MA. Mr. Brown was a member of the British Officers' Club of New England; the University Glee Club of New Haven; the High Lane Club, the Manchester, MA Lodge AF&AM, and a long time parishioner, choir member and Liturgical Assistant at St. Thomas's Church and St. John's Church, North Haven, CT. Harry, known to everyone as "Topper", since all Browns in the British army were called "Topper", was an avid amateur sportsman winning several tennis trophies locally and abroad. In Germany, he captained the British cricket team. He also enjoyed rugby, squash and soccer. Locally, he enjoyed participating in amateur dramatics, producing and starring in several Broadway productions as a member of the High Lane Club Footlighters from 1961-1985. Topper and his wife also enjoyed traveling and did so extensively throughout Europe. Topper was a scholar and a gentleman in the truest sense of the word. He shall be sorely missed. He is survived by his wife Vanthea and their daughters Barbara A. M. Brown of Norwalk, CT and Pamela J. Brown of Hamden, CT, two grandchildren, Leslie P. and Erik J. Brown of Hamden, CT and several nieces and nephews in England. In lieu of flowers, memorial contributions may be made to the American Parkinson's Disease Association, Connecticut Chapter, 27 Allendale Drive, North Haven, CT 06473 or the Recreation Department of the Harborside Willows Nursing Center, 225 Amity Road, Woodbridge, CT 06525. A Memorial Service will be held Saturday, Sept. 24, 2005 at 11 AM at St. John's Episcopal Church, 3 Trumbull Place, North Haven, CT. Burial will be at the convenience of the family. Arrangements are under the direction of BEECHER & BENNETT, 2300 Whitney Ave., Hamden, CT.