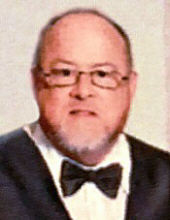 Harvey B. Slauson, III, age 68, of Bethany, passed away on September 13, 2018 at St. Frances Hospital in Hartford. Born in Corsicana, Texas on February 4, 1950, he was a son of the late Harvey B. Slauson, Jr. & Elizabeth Morton Slauson. A resident of Hamden for many years, he retired from the Town of Hamden Public Works Department in 2008. Harvey is survived by his sister Suzanne Carpenter & her husband Frank of Virginia Beach; his brother Robert Slauson & his wife Ona-May of Bethany; nieces Cassandra Piroli & Odessa Slauson; nephews Robert Slauson Jr., Adam & Drew Carpenter; great-nieces Ivy Marie Piroli & Eliza Carpenter; and great-nephews Massimo Piroli & Max Carpenter. Harvey's Funeral Service will be held on Thursday, September 20th at 11:00 AM in BEECHER & BENNETT FUNERAL HOME, 2300 Whitney Ave., Hamden. Friends may also visit with his family at the funeral home on Thursday from 10:00 to 11:00 AM prior to the service. Burial will follow in Beaverdale Memorial Park, Hamden. Contributions in Harvey's memory may be made to the Bethany Volunteer Fire Dept., 765 Amity Rd., Bethany, CT 06524.