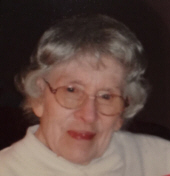 Hazel May (Carleton) Finer, 93, of Milford (formerly West Haven) passed away January 10, 2015. Wife of the late Harold G. Finer. Daughter of the late Henry and Eva Carleton. Beloved mother of Susan (Stephen) Fricke, with whom she resided, and Harry (Adele) Finer of Glastonbury. She also leaves two sisters, Grace Boulanger and Roberta Eburg, two grandchildren, Lori Grant and Kara Rogers, and three great-grandchildren, Adelyn Grant, Amelia Grant, and Jack Rogers. Hazel worked many years at the family business, House of Hobbies, and later at Bayshore Enterprises. Her hobbies included letter writing to pen pals, puzzles, geneology, and collecting postmarks. The family wishes to thank the staff at West River Health Care Center for the care and compassion shown by them, and also Home Care Plus. Funeral service will be held on Wednesday, January 14 at 11 AM at BEECHER & BENNETT - TAYLOR FUNERAL HOME, 410 Campbell Ave., West Haven. Friends may visit with her family prior to the service, from 9-11 AM. Interment will be in Beaverdale Memorial Park. In lieu of flowers, donations in Hazel's memory may be sent to the American Heart Association, 5 Brookside Dr., Wallingford, CT 06492 or made online at www.donatenow.heart.org.