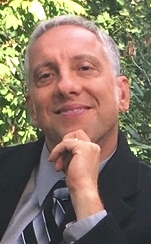 Heath McMonigal, 52, of Hamden, passed away on Sunday, September 5, 2021, surrounded by his loving family and his cherished wife of 26 years.
Heath was born on February 9, 1969 in Spring Valley, New York, to Dorrie Scandiffio McMonigal and the late Kent McMonigal. He is survived by the love of his life, Lisa (Attard) McMonigal, and their two daughters, Kelly (Marc) Carrano and Kristen (Vinny) Torres. Known lovingly as “Papa,” he will be sadly missed by his four adoring grandchildren, Vicente (Cente) Torres, Julian (Juj) Carrano, Lucia (Cheech) Carrano, Destin (Doodle) Carrano. He also leaves behind his devoted mother, Dorrie McMonigal, his brother, Jason McMonigal, his sister, Jill (John) Pagliuca, and his dear mother-in-law, Carmela Attard, along with a long list of relatives and friends whom he considered his extended family.
Heath retired from the State of Connecticut DDS. He also served as an elder in the Lake Whitney Congregation of Jehovah’s Witnesses. He was a full-time minister who found deep satisfaction in talking with people about the good news of the Bible. He wholeheartedly believed in a future resurrection on earth, when it will be transformed into a peaceful paradise. Heath looked forward to the time when he would be reunited with all his loved ones. He will always be remembered for the tender and loving advice he gave to all he loved, for his quick wit and sense of humor, and his smile that lit up a room.
A memorial of his life will be celebrated at a date and time to be determined. Contributions in Heath’s memory may be made to www.donate.JW.org. Beecher & Bennett Funeral Home, 2300 Whitney Ave., Hamden is in care of the arrangements.