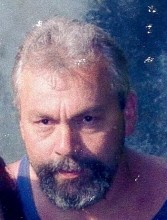 Meriden - Hector N. Lorenzo, 48 husband of Maria (Mendez) Lorenzo passed away on Saturday, October 25, 2008 at Mid State Medical Center. He was born February 10, 1960 in Aguada, Puerto Rico a son of the late Juan Lorenzo and Justina Santiago. Hector had worked for Walbro Automotive for 15 years. He loved to go fishing and was always laughing or joking around. He was very loving and caring to his family and many friends and will be deeply missed. In addition to his wife Maria, he is survived by two daughters, Eliza Lorenzo and Stephanie Lorenzo both of Meriden, a son, David Ruperti of Meriden, a brother, William Santiago of Meriden, three sisters, Gloria Santiago, Elba Lorenzo both of Meriden and Maria Guzman of Windsor and one grandson, Joshua Hernandez. He also leaves many nieces, nephews and one god-daughter Kaitlin Tassmer. He was predeceased by three brothers, Miguel, Carlos and Jose Lorenzo and two sisters, Luz Matias and Ana Nieves. A funeral will be held on Thursday, October 30 at 9:00am at the Beecher and Bennett-Flatow Funeral Home, 48 Cook Ave., Meriden followed by a Mass of Christian burial at 10:30am at St. Rose of Lima Church, 35 Center St., Meriden. Burial will follow at Sacred Heart Cemetery. Relatives and friends may call at the funeral home on Wednesday, October 29 from 4-8 p.m.