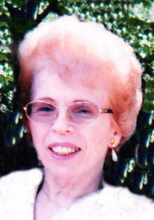 Helen Cobb Ogorzalek, 87, of New Haven, formerly a longtime Hamden resident, passed away at Connecticut Hospice on May 23, 2015. She was the wife of the late Joseph Ogorzalek. Born October 4, 1927, she was the daughter of the late Joseph & Paula Weinert Cobb. Beloved mother of Bonnie DeFelice of New Haven, with whom she resided. Also survived by five grandchildren; Jenna DeFelice, Robert DeFelice, Frankie DeFelice III, Justin Marshall, and Cory Marshall, and four great-grandchildren; Louis Maresca, Ciarra DeFelice, Dominic Gunn, and Rhea Marshall. She is predeceased by her daughter, Linda Marshall, and her two brothers, Lloyd and Philip Cobb. Helen was employed as a secretary for the State of Connecticut Dept. of Agriculture for 25 years. She was also a dedicated member of Mt. Carmel Congregational Church in Hamden. She especially loved her family and was always there to offer help to those who needed it. She will be missed by all who knew her. Funeral Service will be held Tuesday, June 2nd at 10 AM at BEECHER & BENNETT, 2300 Whitney Ave., Hamden. Friends may visit with her family prior to the service, from 9-10 AM. Burial will follow in Centerville Cemetery. Contributions in Helen's memory may be made to Connecticut Hospice, 100 Double Beach Rd., Branford, CT 06405.