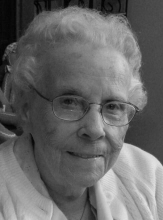 Helen E. Dupuis Wallingford - Helen E. (Knaggs) Dupuis, 85, wife for 58 years to the late Arthur J. Dupuis, died Wednesday, June 24, 2009, at Masonic Healthcare Center in Wallingford. She was born Oct 30, 1923, in West Haven, a daughter of the late Richard and Elizabeth (Black) Knaggs. Helen was a graduate of the Meriden Hospital School of Nursing. She served in the U. S. Cadet Nurse Corps during World War II. Always dedicated to her career as a registered nurse, she advanced to the position of Director of Nurses at World War II Veterans Memorial Hospital, Meriden. She was an active member of All Saints Episcopal Church and the Order of the Amaranth, Past Royal Matron. Helen is survived by two daughters and a son-in-law, Sharon Lee Augustyniak and Beth Ann and George Crawford, both of Meriden; a son, Richard K. Dupuis of Meriden and one sister, Moira Tomlinson of East Haven. She is predeceased by a daughter-in-law Susan J. Dupuis. She also leaves seven grand-children, Lee Ann Barre, Michael Barre, Tracy and her husband, Bill Harper, Wayne and his wife, Kimberly Crawford, Chuck and his wife, Jessica Crawford, Stephanie Dupuis and Sarah Dupuis; 12 great-grand-children and 4 great-great-grandchildren; many beloved brother and sister-in-laws; nieces and nephews; and many special friends at Masonic Healthcare Center. A funeral will be held on Monday, June 29, at 9 a.m. from the Beecher & Bennett-Flatow Funeral Home, 48 Cook Ave., Meriden and at 10 a.m. at Immanuel Lutheran Church, 164 Hanover St., Meriden. The Rev. Perry L. Beaver will officiate. Burial will be at the convenience of the family. Relatives and friends may call at the funeral home on Sunday, June 28 from 4 to 8:30 p.m. An Amaranth service will be held at 7:30 p.m. The family would like to express their heartfelt appreciation to the dedicated healthcare team and support staff at the Masonic Healthcare Center.