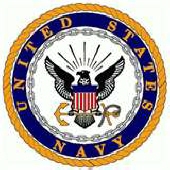 Helen R. Herlihy, 89, wife of the late Frederick D. Herlihy, passed away Oct 8, 2012 after a brief illness. She was born in Peabody, MA, Oct. 18, 1922, daughter of the late Generoso and Frances Tenney Trodella. Helen was proud to have been a member of the 1939 New England Girls' High School Champion basketball team. She served in the U.S. Navy as Pharmacist's Mate in San Francisco during WW II. After the war, she returned to Boston and worked at Massachusetts General Hospital. In those days she was an avid skier. She married Frederick in 1947, and soon they moved to Manchester, NH, where they lived until moving to North Haven in 1962. Shortly thereafter Helen became a Girl Scout leader, and she continued her work with Girl Scouts the rest of her life, as a leader, organizer, national delegate, and historian. Helen received many honors for her volunteer work with the Girl Scouts, but most important to her was being a part of girls' lives and the great friends she found in Scouting. Helen moved to Hamden in 1986, where she lived until 2001, when she moved to Branford. Helen is survived by her three children: daughter Elizabeth Herlihy of Branford; her son, John Herlihy and his wife Lois of SC, their son Brian Herlihy; and her son David Herlihy and his wife Annemarie Furey of VT, their son Parker Herlihy and daughter Jascha Herlihy. She was predeceased by her brother Richland Trodella. Relatives and friends may visit with her family Friday Oct. 12, from 4-8 pm at BEECHER & BENNETT 2300 WHITNEY AVE. HAMDEN. Mass of Christian Burial will be Celebrated in St. Mary Church, Main St. Branford Saturday morning at 9:30am. Interment with Naval Military honors in State Veterans Cemetery, Middletown. Contributions in her memory may made to Girl Scouts of CT - Museum or Campership Fund, 20 Washington Avenue, North Haven, CT 06473- or Talmadge Park Resident Council. Talmadge Park Health Care, 38 Talmadge Avenue, East Haven, CT 06512.