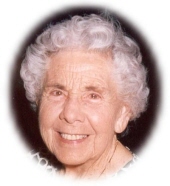 Helen Simpson Culler, 92, passed away peacefully at Whitney Center, Hamden on July 13, 2007. Helen was known for her gentle warmth, compassion, and dedication to education. Born in Dallas, Texas, the daughter of a Methodist minister, Helen received her B.A. and M.A. degrees from Southern Methodist University, where she also taught for several years. She went on to Yale University for her Ph.D. and there met A. Dwight Culler, whom she married in September, 1941. Theirs was a marriage of devotion and companionship for 66 years. They traveled widely throughout Europe, China, the Middle East, Northern Africa, and Latin and South America. Helen taught briefly at University of Illinois and then became a Professor of English at Southern Connecticut State University until her retirement. Because of her warmth and helpfulness to students, she was especially sought after, and her classes in mythology and drama were particularly popular. Apart from her teaching, Professor Culler was actively involved in volunteer work with Recording for the Blind, Yale University Women's Group, and the Whitney Center Lecture Committee. She was particularly dedicated to her work with the New Haven Scholarship Fund, which raises funds to enable graduates of New Haven public high schools to attend college. As a Board Member for many years, she was active in fund-raising and in interviewing high school seniors who were applying for scholarships. In 1970, in recognition of her activities, Professor Culler was named Woman of Achievement by her alma mater, Southern Methodist University. She is survived by her children, Jonathan Culler of Ithaca, NY and Beth Culler of Hamden, CT., and her grandchildren: William Culler Chase and Leah and Kai Culler Morrison. A Memorial Service will be held at Whitney Center, 200 Leeder Hill Road, Hamden, CT on Friday August 10, 2007 at 3:00 pm in the 6th floor Commons. For directions call Whitney Center at 281-6745. Arrangements under the direction of BEECHER & BENNETT, 2300 Whitney Ave., Hamden.