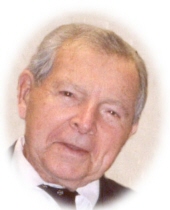 Helmut Alfred Simon, age 90, of Hamden, formerly of North Haven, passed away on November 24, 2010 at Connecticut Hospice in Branford. Helmut was the husband of Alice Elisabeth Kleesattel Simon, to whom he was married for 63 years. Born in Schweidnitz, Germany on August 16, 1920, he was the son of the late Emil & Hedwig Simon. Besides his wife, Helmut is survived by his daughter and son-in-law, Heidi Barbara Bartlett and William Bartlett of Newport, New Hampshire; his sons, Peter Simon of Washington, DC, and Kim Simon of Hamden, Connecticut and Palm Springs, California; two grandsons; two great grandsons; and a niece and nephew. Helmut was employed in marketing at Pratt & Whitney for 24 years, retiring in 1988. He was a graduate of Yale University, class of 1949, and a US Army veteran of WWII and the Korean Conflict. Relatives and friends are invited to attend a Memorial Service at 11:00 AM on December 11, 2010 in St. Stephen's Church, 400 Ridge Road, Hamden. Interment will be private. In lieu of flowers, memorial contributions may be made to Connecticut Hospice, 100 Double Beach Road, Branford, CT 06405. Arrangements are in care of BEECHER & BENNETT FUNERAL HOME, 2300 Whitney Ave, Hamden.