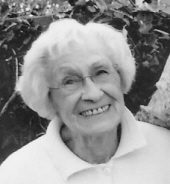 Henrietta Elizabeth Young, 86, of Tower Lane, New Haven, wife of the late Kenneth L. Young passed away June 7, 2006 after a brief illness. She was born in Danforth, ME, Feb. 23, 1920, a daughter of the late Thomas S. and Elsie Shaw Philbrick. She grew up in Monuement Beach on Cape Cod and graduated from Bourne High School. She had lived for long periods of time in Seattle, WA and El Paso, TX before returning to live in New England. She had been a volunteer in the Madison Library for several years. She enjoyed spending time with her family, especially her beloved great-grandchildren. She is survived by 2 daughters, Joyce M. Greenfield of Hamden and Patti Young Carter of Spokane, WA, a son, Kenneth L. Young, Jr. of Nashville, TN, 5 grandchildren, Kristen Alexander, Kurt Koehler, Heidi Rogers, Kyle Carter, Aaron Young, and 3 great- grandchildren, William Koehler, Ethan Alexander, and Andrew Rogers. She was predeceased by her first husband, Robert MacDonald and 2 brothers, Robert and Edgar Philbrick. Service will be private and at the convenience of the family. Arrangements in care of BEECHER & BENNETT, 2300 WHITNEY AVE, HAMDEN. In lieu of flowers, memorial contributions may be sent to Tower One, 18 Tower Lane, New Haven, CT 06519, or to CT Hospice, 110 Barnes Rd., Wallingford, CT 06492.