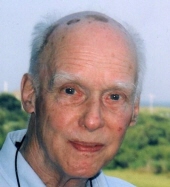 Henry Ashton Crosby Forbes, 87, of Cambridge, MA, died of natural causes on Sunday, July 22, 2012 at the Mary Wade Home in Fair Haven. Born in Westwood, MA on June 25, 1925, the youngest of five siblings, to the late Allan and Josephine Crosby Forbes, he was the beloved husband of 48 years to the late Grace W. (Pierce), loving father of Robert Forbes and his wife Joanne Foodim of New Haven and Douglas Forbes and his wife Heidi of Manhattan, NY and devoted grandfather to Rachel and David. A descendant of Robert Bennet Forbes, one of America's great China trade merchants, Forbes charted an unlikely path for himself when, in 1965, he founded the Museum of the American China Trade in a home he'd inherited from his aunt. One of the earliest scholars to look specifically at this type of cross-cultural art and history, Forbes was a leading force in the field for over forty years. He was a frequent lecturer and writer on all aspects of Asian export art and in 1975, Crosby wrote (with John Devereux Kernan and Ruth Wilkins) Chinese Export Silver: 1785-1885, which remains the definitive volume on the subject. Forbes' kindness and generosity made him beloved by nearly everyone he met. He loved music, rarely missing the BSO, and was an active member of the St. Botolph Club, the Club of Odd Volumes, and many other societies. In 2011 he moved to New Haven to be closer to his children. A memorial service will be held in December. Contributions may be sent to the Forbes House Museum, 215 Adams Street, Milton, MA 02186. BEECHER & BENNETT, 2300 Whitney Ave., Hamden in care of arrangements.