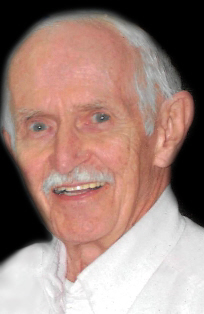 Henry Clinton Evans, 95, of Kernersville, NC passed away at Forsyth Medical Center in High Point, NC on March 2, 2021. Clint, as he was known, went home to be with his Lord, his dearly loved wife, and his departed children family. Clint was born on April 24, 1925 in Harrisburg, PA. He was the son of the late Henry M.and Edith (Palmer) Evans of Hamden, CT. Clint entered into the Army Air Force at age 18 and served his country honorably in Tripoli, Africa, receiving both a Good Conduct medal and a Victory medal. Following his service Clint worked at Pratt & Whitney, where he met the love of his life; Lois Mae Hinman. After their second date Clint asked Lois to marry him, and they were married 2 months and 2 weeks later! Clint and Lois lovingly raised 6 children. Clint went on to become an analyst and a Quality Control Inspector with United Nuclear of New Haven and Montville, CT. He had high level security clearances and worked on nuclear reactors for the Navy. Clint retired in 1990 but continued working until he was 86 years old!
Clint was a remarkable man. He could repair his own cars and motorcycles. He could build a room, and he made his own arrows for our family’s archery hobby. Clint played the trumpet and often played Taps while in the service, and also played the harmonica, often playing old-time hymns for our mom. Clint was proficient in billiards and chess. He always filmed our family holidays and special events. He was generally out of the house and to work by 6-6:30 a.m. Clint was truly a dedicated husband, father, and servant for our family. Both Dad and Mom had big hearts of gold and lovingly accepted those we brought home and married.
Clint was predeceased by his wife Lois, three children; Elizabeth Helen Cobb, formerly of Preston, CT, Dr. Joseph Booth Evans, formerly of Waltham, MA, and Earl Howard Evans, formerly of Hamden, CT; three grandsons, and his sister; Helen Elizabeth Evans, formerly of Charlotte, NC. He is survived by three children; Judith Marino of Kernersville, NC, Ann Chila of Norwalk, CT and Timothy Evans of Cheshire, CT, 9 grandchildren, 18 great-grandchildren and 3 great-great grandchildren.
Friends may visit with Clinton’s family on Friday, March 19th from 5:00 to 8:00 p.m. at Beecher & Bennett Funeral Home, 2300 Whitney Ave., Hamden. During this time at there will be a brief Memorial Service, starting at 6:00 p.m. His procession will leave the funeral home on Saturday morning at 10:30 a.m. for a Graveside Service with Military Honors at 11:00 a.m. in Beaverdale Memorial Park, Section J, 90 Pine Rock Ave., New Haven.