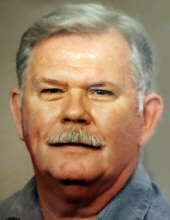 Henry Edward McKinney, age 89, of Hamden, CT, a longtime resident of Mechanicsville, PA, passed away on September 29, 2018 at Yale-New Haven Hospital. Born in Brooklyn, NY on August 25, 1929, he was the son of the late Henry J. McKinney and Marguerite Pigot McKinney. Henry was predeceased by his wife of 42 years, Elizabeth Allen McKinney, son, Roger V. McKinney, and sister, Kathleen Heston. Henry is survived by his sons and daughters, Henry McKinney of Hamden, CT, Peter McKinney of North Haven, CT, Marybeth McKinney of Phoenix, AZ, Gavin McKinney of Hilltown, PA, Bernadine Klingsmith of Denver CO and Brigid McKinney of Phoenix, AZ. He was a short-time resident of Hamden, having over the years resided in New York, Connecticut, Massachusetts, Pennsylvania and Arizona before moving back to Connecticut after retiring out in Phoenix in 1991. Mr. McKinney served in the U. S. Navy Reserve as an Aviation Cadet during the Korean War. He was employed as a Manager and Superintendent in the Cardboard and Plastic Folding Carton Industry and worked for several of the major manufacturers. In his time, he was considered an expert in the technology and equipment used for cutting, creasing and gluing cardboard containers. His expertise was instrumental in the development and application of folding and sealing technology that is used to produce plastic folding cartons today. A celebration of his life will be held November 10 at 1:00, River of Life Church, 3434 Durham Rd., Doylestown, PA. A reception following the service will be held at the Hilltown German Club, 1622 Hilltown Pike, Perkasie, PA. Burial will be in Phoenix, AZ.