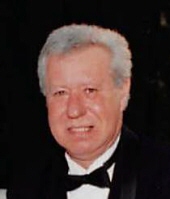 Henry H. Behrmann, age 72, of Hamden, passed away on March 4, 2017. Born in Waterbury on May 20, 1944, he was a son of the late Harry Behrmann & Stella (Zentek) Behrmann. Henry was predeceased by his wife Elizabeth (Morse) Behrmann. He is survived by his children, Wayne Behrmann of Hamden, Rebecka & her husband Frank A. Sasso Jr. of Hamden and Christopher & his wife Diane Behrmann of Vernon; grandchildren Emily & Daniel Sasso and Madalyn Behrmann and several brothers & sisters. He was employed at the former Marlin Firearms in North Haven before his retirement. A resident of Hamden most of his life, he was a avid hunter and fisherman who always enjoyed the outdoors. Funeral was private in care of BEECHER & BENNETT FUNERAL HOME, 2300 Whitney Ave., Hamden. Should one desire, contributions in Henry's memory may be made to Cold Brook Hunts, 7217 Cold Brook Rd., Homer, NY 13007.