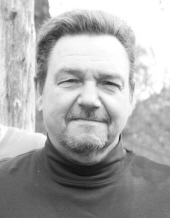 Herbert Bradford Anderson 'Brad', age 66, of Madison, and a long time resident of Hamden, passed away on Sunday March 6th, 2016 of Pancreatic Cancer. Brad was the husband of Patricia Sullivan Anderson, father of Erin Anderson (Michael Johnson) of Whitefield, Maine and Kimberly Day Anderson, of Madison, grandfather to Kaylee-Rose Cappello, Amara Johnderson, and Anya Johnderson. Born on July 9th 1949 to parents Herbert E. Anderson and Janice (Jervis) Anderson of Cheshire, formerly of Hamden, Brad is survived by his sister Sheryl Maltagliati (Frank) of Hamden; his very special nephew, Jeffrey Maltagliati; uncles John DeGray & Robert McGrath (Maureen); aunt Helen Anderson, and numerous cousins. Also survived by mother-in-law Muriel Banta, sister-in-law Maureen Sullivan (Paul Gould), both of New Britain and many dear friends. Brad was a carpenter for almost 50 years leaving his work behind in the homes of many friends and family. He enjoyed sailing and spending summers on Leetes Island in Guilford since childhood. A lifelong lover of sports he was on many teams at both Hamden High School and Marlboro Academy, from which he graduated. Once his children began playing youth soccer in Hamden, coaching, managing, and refereeing became his passion. During the past several years his joy was working on his farm in Maine where he planned to retire with his wife, daughters and granddaughters, as well as his faithful hiking companion Bojangles. His love of hard work and the outdoors along with his gregarious nature, found him easily welcomed into this new community. Friends may visit with his family on Friday March 11th, 2016 from 10:00 AM to 12 Noon at BEECHER & BENNETT FUNERAL HOME, 2300 Whitney Ave, Hamden, with his Memorial Service to be held during this time at 11:30 AM. Burial will be private. In lieu of flowers, contributions in Brad's memory may be made to Mickey's Fight via www.gofundme.com/mickeymacholl (a 4-year old cousin fighting cancer) or to the Crohn's and Colitis Foundation of America.