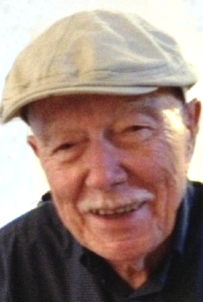 Herbert H. Etter, Jr., 91, died peacefully on Monday, January 18, 2021 at his home in Harwinton, CT. He was a long-time resident of the Spring Glen section of Hamden before moving to Harwinton in 1999. Herb is survived by his wife Marie (Harkins) Etter of Harwinton, sister Susan (Etter) Brenckle of Osprey, FL, and his five sons and daughters-in-law: Stephen and Carol-Beth of Hamden, William and Sheree of South Glastonbury, David and Deirdre of Hamden, Thomas and Joanne of Middlefield, and John and Mary of Southington. He will be profoundly missed by his sixteen grandchildren and three great-grandchildren, who will proudly carry on their PopPop’s legacy. Herb was predeceased by his first wife Patricia (Redden) Etter (d. 1982), his second wife Suzanne (Demond) Etter (d. 2004), his sister Kathleen (Etter) Carlson, and his great-granddaughter Elizabeth Rose (d. 2020). Herb was born in Woodbury, NJ, on May 19, 1929, the son of Martha and Herbert Etter. He graduated from St. Mary’s High School in New Haven, and received his B.S. degree in physics from Providence College in 1950. He served in the military for 5 years, initially in the Army and completing his service in 1953 as a First Lieutenant in the United States Air Force. He worked for Connecticut Light and Power before joining his father in the family business, retiring at age 79 from Etter Engineering, a company now run by his son Tom. Herb was deeply involved in community affairs in both Hamden and Harwinton. He served many years in leadership positions in the Boy Scouts and PTA, and was president of the Hamden Rotary Club, the Sleeping Giant Park Association, and the Bronc Callahan Community Fund. He served on the Harwinton Conservation Commission and the Zoning Commission and was treasurer of the Harwinton Land Trust. Herb was a devoted member of the Immaculate Heart of Mary Church in Harwinton. An avid and adventurous outdoorsman, Herb’s greatest pleasure was sharing outdoor activities with his wife Marie. A former pilot, Herb loved boating, kayaking, hiking and skiing with his family.
A celebration of Herb’s life will be held at a later date. In lieu of flowers, donations may be made to the Sleeping Giant Park Association at www.sgpa.org, or Harwinton Land Trust at www.harwintonlandtrust.org. Arrangements are in care of Beecher & Bennett Funeral Home, Hamden.