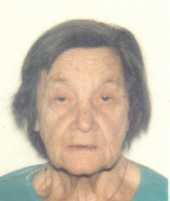 Ida 'Edith' Granata, 92, of New Haven passed away on August 26, 2010 at Yale-New Haven Hospital. She was born in New Haven, February 20, 1918 to the late Achille and Caroline Tagliaferra Granata. Besides her parents, Ida was predeceased by siblings, Florence DeChello, Salvatore, Julius, Alexander, Anthony, and Harry Granata and her late sister-in-law Catherine Granata who cared for Edith until Catherine died in 2006. She was employed as a bench worker at Winchester's, worked for Roessler Hot Dog Co., and Tony's Drive-In at Savin Rock. She is survived by many nieces and nephews. A Mass of Christian Burial will be celebrated in St. John Vianney Church, West Haven on Tuesday, August 31st at 11:00 a.m. followed by interment in St. Bernard Cemetery. Friends may visit with the family on Tuesday morning at BEECHER & BENNETT- TAYLOR FUNERAL HOME, 410 Campbell Ave., West Haven from 9 to 10:30 a.m.