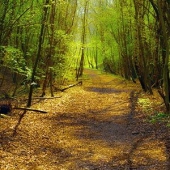 Meriden- Imogene L. Gelonese, 79, wife of the late Rocco Gelonese, passed away on Wednesday, February 5, 2014 at MidState Medical Center. Born in Maine on April 6, 1934, she was a daughter of the late Joseph and Margaret (Skinner) Weaver. Imogene had worked for MRM Industries and retired from Napier Co. and was a member of the Meriden Senior Center. She is survived by three daughters and their husbands; Victoria and Fred Church of Meriden, Mary Rose and Kevin Peck of Southington, and Patricia Gelonese of Meriden, two sons and their wives; David and Lorna Gelonese of Maine and Leonard and Gail Gelonese of Wolcott, fifteen grandchildren and seven great-grandchildren. She is also survived by two sisters; Betty Iverson of Meriden and Sharon Cannon of Maine, two brothers; Guy Weaver of Meriden and Malcolm Weaver of Maine as well as many nieces and nephews.. She was predeceased by a son, Rocco Gelonese, one sister and one brother. Her funeral service will be held on Saturday, February 8, 2014 at 9 a.m. at the Beecher & Bennett-Flatow Funeral Home, 48 Cook Ave., Meriden. Burial will follow at Conn. State Veteran's Cemetery, Middletown. Relatives and friends may call at the funeral home on Friday, February 7 from 5-8 p.m.