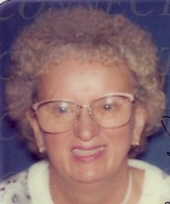 Meriden - Irene M. Chase, 78, wife of Robert Chase died on Sunday, January 3, 2010 at MidState Medical Center. She was born August 12, 1931 in New Britian, CT, a daughter of the late John and Mary (Kata) Gazda. She was a longtime employee of SNET and upon retiring she and Robert moved to Florida and enjoyed traveling and their many friends and extended family. Besides her husband, Irene is survived by two sons, Richard and Jane Chase of Brooklyn Park, MN and Bruce and Jeanne Chase of Meriden, a daughter, Patricia Parrett of Meriden, three grandchildren, Melanie Overstrum of Middletown, Mark Chase and Frank 'JJ' Parrett both of Meriden, three great-grandchildren, Bryce, Caleb and Dru as well as many friends and extended family. She was predeceased by a sister, Jane Gazda and a brother, Henry Gazda. Funeral services will be private. In lieu of flowers contributions in Irene's memory may be made to the Salvation Army, St. Casimir Dr., Meriden, CT 06450. The Beecher & Bennett-Flatow Funeral Home, 48 Cook Ave., Meriden is in charge of the arrangements.