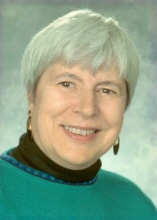 Iezzi, Irene M. Age 77, beloved wife of the late Frank Iezzi, passed away on Thursday, April 20, 2006, at Branford Hospice. Irene was born in Gorizia, Italy on April 26, 1928 and was the daughter of the late Francesco and Gaetana Martire Steccari. She was proud of her maternal Martire side, known to be an ancient and noble family. She is survived by a son and daughter-in-law, Frank and Sue Iezzi of New Haven, a daughter and son-in-law, Marguerite and Glenn Parkinson of Thompson, CT, four grandchildren, Steven and Alexandra Iezzi both of North Haven, Kimberly and Kevin Parkinson both of Thompson, and a brother, Felice Steccari in Italy. She was predeceased by a brother, Nucci Steccari, also of Italy. Irene's life was full of interesting stories beginning as a child in war torn Europe, arriving in this country in 1954 aboard the ill-fated Andrea Doria and mastering the English language well enough to work her way up to Manager of the Housewares Dept. at the former Macy's of New Haven, and later in Medical Records at Yale-New Haven Hospital. She was also very well known in the Yale academic community for her hospitality and culinary skills, hosting many visiting professors in her home over the course of decades, which had gained a reputation as being the "International House of Professors". Her legacy is the gift of friendship, as she touched so many lives in a remarkable and profound way. Of special joy to Irene was the long-standing membership in her church, the Church of the Redeemer, whose fellow communicants provided friendship, comfort and support, especially during recent difficult times. She was a unique woman who will truly be missed. Friends may call Sunday, April 23 from 4 to 8 PM at BEECHER & BENNETT, 2300 Whitney Ave., Hamden. A memorial service will be held at the Church of the Redeemer on May 13th at 11 AM. Reception to follow. Contributions may be made to the CT Hospice, 100 Double Beach Rd., Branford, CT 06405.