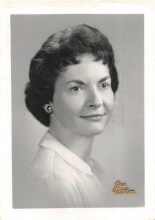 Irene Malnati Snyder, 91, of Hamden, passed away at her home on January 29, 2016 surrounded by her family. Born on August 14, 1924 in New Haven to the late Arthur and Flora Broggi Malnati. Irene is survived by her husband, Robert Snyder; her daughters and their husbands, Christina & Andrew Cohen of Hamden, Teresa & James McFerran of Eugene, OR, and Linda Snyder of San Francisco, CA; her grandsons, Michael & James Sasso and Eli McFerran. She was predeceased by her sister, Rose Marie Malnati. Irene grew up in New Haven, graduated from Commercial H.S., and had worked for Southern CT Telephone Co. as a draftswoman. She married Robert in 1960. A Hamden resident for 39 years, Irene was a devoted wife, mother, and grandmother who was an avid reader and enjoyed music and ceramics. Friends are invited to visit with her family on Wednesday, February 3rd from 9:30 to 10:30 a.m. at BEECHER & BENNETT, 2300 Whitney Ave, Hamden. A Mass of Christian Burial will be celebrated in St. Rita's Church at 11:00 a.m. followed by a burial in St. Lawrence Cemetery. Contributions in Irene's memory may be sent to the Alzheimer's Association, 200 Executive Blvd, Suite 4B, Southington, CT 06489 or www.alz.org.