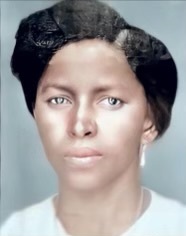 Iva Vaz Moriera Lopes, 82, of New Haven, was reunited with her husband, Manuel Lopes, on October 29, 2022. She peacefully passed away surrounded by her loved ones after living a long, spiritually driven, and fulfilled life. Iva was a humble woman born in Saint Catarina, Santiago, Cape Verde Island on December 13, 1939 to the late Antonio Vaz Monteiro and Maria De Deus Monteiro. Married in 1960, together for 54 wonderful years, Manuel and Iva were blessed with a beautiful family. They first settled in Sedeguma for seven years before Iva moved to Angola with her then three children, to join her husband. Angola was home until 1972 when they returned to Cape Verde and settled in Chon Morreno for a short while. In 1979, Iva and her growing family of now six, immigrated to the United States to join Manuel in New Haven. Over the coming years, Iva worked outside the home to contribute to family finances and her children’s Catholic education. Iva was employed as a seamstress at Richardson Pocketbook Company as well as a uniform cleaner for Cintas and housekeeping at Arden House in Hamden, all while being a full-time homemaker to her husband and children.
As the eldest of 10, Iva selflessly dedicated her entire life towards raising and caring for her family. Iva was a beacon to all she shone upon. She diligently assisted her in-laws and siblings. Her imprint was ever reaching thereby spanning to and touching all who had the pleasure of making her acquaintance. Iva loved her grandchildren and was a prominent figure in their rearing.
Additionally, Iva was a very religious woman. She was a communicant of Sacred Heart Church and later, Saint Mary’s Church in New Haven. In 2019 she moved to South Carolina until 2022. While she resided in South Carolina she was a member of Saint Philip Neri Church in Fort Mill. Her fervent religious devotion was evident to all. One of her favorite pastimes was listening to Mother Angelica’s daily Rosary on EWTN. Iva believed and instilled the importance of strong family ties and an unwavering spiritual foundation. She exemplified her famous mantra, “when you do something you give it your all.”
Iva will be lovingly remembered by her 10 children, Maria R. Lopes, Silvio (Miriam) Lopes, Silvina Lopes, Luis Lopes, Luisa Lopes, Julio Lopes, Cristina (William) Ayres, Antonia (Jermaine) Toles, and Marcolino (Adriana) Lopes; 21 grandchildren; eight great-grandchildren; and nine siblings, Francisco, Ines, Tony, Dino, Movez, Sumira, Julia, Armando, and Ze Moriera. She was predeceased by a daughter and son-in-law, Maria (Tomas) Varela and her brother, Cipriano Freires Moriera.
Funeral from BEECHER & BENNETT FUNERAL HOME 2300 Whitney Ave., Hamden, on Monday, November 7th, at 9:30 a.m. with a Mass of Christian Burial in St. Mary’s Church, 5 Hillhouse Ave., New Haven at 10:00 a.m. followed by her burial in All Saints Cemetery. Friends are invited to visit with her family on Sunday evening, November 6th from 4:00 to 7:00 p.m. in the funeral home.