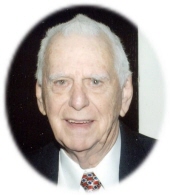 In Hamden, April 21, 2008, Ivan C. Murray formerly of Putnam Ave., Hamden and Donna Dr., New Haven, uncle of Jane Murray Andrews of North Haven and William Murray of Danbury. He was predeceased by brothers William Murray and Arthur VanHaaften. Ivan was born in New Haven, Jan. 24, 1923 a son of the late Arthur T. and Anna VanHaaften Murray. He retired from the Regional Water Authority formerly the New Haven Water Co in 1987 as a truck driver after 25 years of service. He had been an active member of Calvary Baptist Church in New Haven and served as an usher and deacon. He enjoyed flea markets and was know as the 'candyman.' Memorial service Wed., April 30 at 9:30 a.m. at BEECHER & BENNETT, 2300 Whitney Ave., Hamden. Interment will follow in East Lawn Cemetery in East Haven.