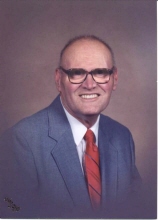 Hamden- Iver Johnson, 83, beloved husband of 53 years of Grace Lundeen Johnson of Shepard Ave., passed away June 3, 2006 after a brief illness. He was born in New Haven, Feb. 20, 1923 a son of the late Ellis and Olga Peterson Johnson and was a resident of Hamden since 1955. Mr. Johnson was employed as a painter at Yale University for 31 years before his retirement in 1986. He served in the US Army during WW II with the 503rd Military Police Battalion with General Patton in England, France and Germany. He attended Bethesda Lutheran Church, and sang in the choir, church council and the Doubles Club. He was a second tenor in the Apollo Singing Society, and a member of the Diana Birger Jarl Lodge, VASA Order of America. In addition to his wife, he is survived by a daughter, Alice Baglioni, and her husband, Massimo Baglioni of North Haven, a son, Robert Iver Johnson, and his wife, Gina Johnson of New Haven, and 2 grandchildren, Erika and Alessandro Baglioni. He was predeceased by two brothers, Ellis and Albert Johnson. Funeral service will Tuesday, June 6, at 11 a.m. at Bethesda Lutheran Church. Friends may call at BEECHER & BENNETT, 2300 WHITNEY AVE., HAMDEN, Monday from 5-8 p.m. Interment with military honors in Beaverdale Memorial Park. Contributions in his memory may be sent to Bethesda Lutheran Church, Memorial Fund, 305 St. Ronan St., New Haven, CT 06510.