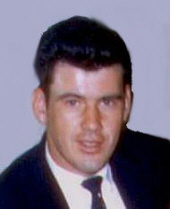 J. Paul Poulin, age 84, passed away at MidState Medical Center on Tuesday, June 3, 2014. He was born in Quebec, Canada on January 30, 1930 to the late Ephrem and Exelia Bolduc Poulin and had resided in Meriden for most of his life. He was the beloved husband of Phyllis Kroeber Poulin of Meriden. In addition to his wife, he is survived by his four children; Paul Poulin of Methuen, MA, Anita (Richard) Kirner of Sherman, CT, and twin sons Gary (Cathy) and Barry Poulin both of Meriden; four grandchildren, Amy & John Kirner and Andrew & Danielle Poulin; brother Aurele Poulin of Wallingford and sister Florence Bolduc of New Haven. He is predeceased by several other brothers and sisters. Mr. Poulin was a US Veteran, having served his country during the Korean Conflict. He worked as a form mason for many years, working for himself and later co-owned M & A Concrete with his brother, Marcel. He was also an active member of many organizations, including the Franco-American Club, the VFW of North Branford and the Elks Club of Branford. He was an avid fisherman and zealous card player. A Mass of Christian Burial will be held on Saturday, June 14th at 10:00 AM in St. Laurent Church, 121 Camp St., Meriden. Friends may also visit with his family on Friday June 13th from 4-8 PM at BEECHER & BENNETT-FLATOW FUNERAL HOME, 48 Cook Ave., Meriden. In lieu of flowers memorial donations may be sent to a charitable Veteran's organization of one's choice.