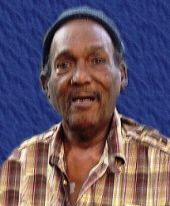 Jack I. Smith, 70, passed away on Tuesday, August 1, 2017 at Yale-New Haven Hospital. He was the beloved husband of the late Wilhelmina Smith. Jack was born in Ohio on March 7, 1947, son of Roosevelt Felton and the late Florence Smith. He worked for the City of Meriden for 23 years and was an avid fisherman. Jack also enjoyed watching movies with family and friends. Jack is survived by his son Jerimey Smith (Gracie); daughters Jeannine Willie (Brian), Earlene Tye, Clarice Bailey, and Felisha Tye; 12 grandchildren; 9 great-grandchildren; and a host of nieces, nephews and cousins. He is also survived by his siblings Alice Felton, Timothy Blue, and Lisa Blue; and special friend Jackie Morgan and her son Robert. Jack was predeceased by his granddaughter Jailyn McQuillar. Relatives and friends are invited to visit with Jack’s family on Saturday, August 12, 2017 from 11:00am to 12:00pm at Beecher and Bennett-Flatow Funeral Home, 48 Cook Ave., Meriden. A prayer service will follow at 12:00pm. To share a condolence with Jack’s family, please visit www.beecherandbennett.com.